A long-distance grain rescue made possible by Bin-Sense

You can anticipate grain spoilage as a farmer, but you can never be sure when it’s going to pop up. Or where you’ll be when it does.

And what happens if your grain starts to spoil or heat up and you’re nowhere near home, but thousands of kilometers away on a family vacation? That’s what happened to Blake Bergen of 3B Acres in Drake, SK in the fall of 2019 when his Florida vacation was interrupted by news that a canola bin was heating up.

He was getting alerts from his Bin-Sense Live wireless grain monitoring system, an award-winning monitoring system that gives you instant access to your stored grain at any time and from anywhere.

With this system, farmers no longer have to be in the same physical location as their hopper or flat bottom bins to monitor them. They can get valuable information about the grain's quality and stay connected with up-to-date text alerts sent to phone or email.

Those alerts warned Bergen about the situation in his bin, when he otherwise may never have known.

“That bin was not top-of-mind among riskier bins, said Bergen. “We thought we had that one well looked-after so it surprised us when we got the alert.”

Surprised, but not surprised. There were many factors that had led Bergen and his father to install Bin-Sense Live. They had witnessed a dry spring, which led to late crops in July. They also had questions about the storability of straight-cut canola. “We knew we were going to get some stagey canola coming in,” said Bergen. “It wasn’t going to necessarily be swathed at exactly the right time. There was potential for green seeds.”

The Bergens took the proactive approach through grain drying and monitoring. “We thought the odds of having something happen, just the way the crops were looking, were pretty good. We knew if we had a train-wreck, we’d buy a system so it wouldn’t happen again, so why not buy the system before the train-wreck and then it pays for itself?”

In summer 2019, Flaman installed a Live system. Moreover, among their 200,000 bu of monitored grain storage, they also have 42,000 bu worth of hopper bins connected to supplemental heat air drying with temperature and moisture cables monitored by Bin-Sense Live. But it was later that fall when Bin-Sense Live’s communicating technology became critical. 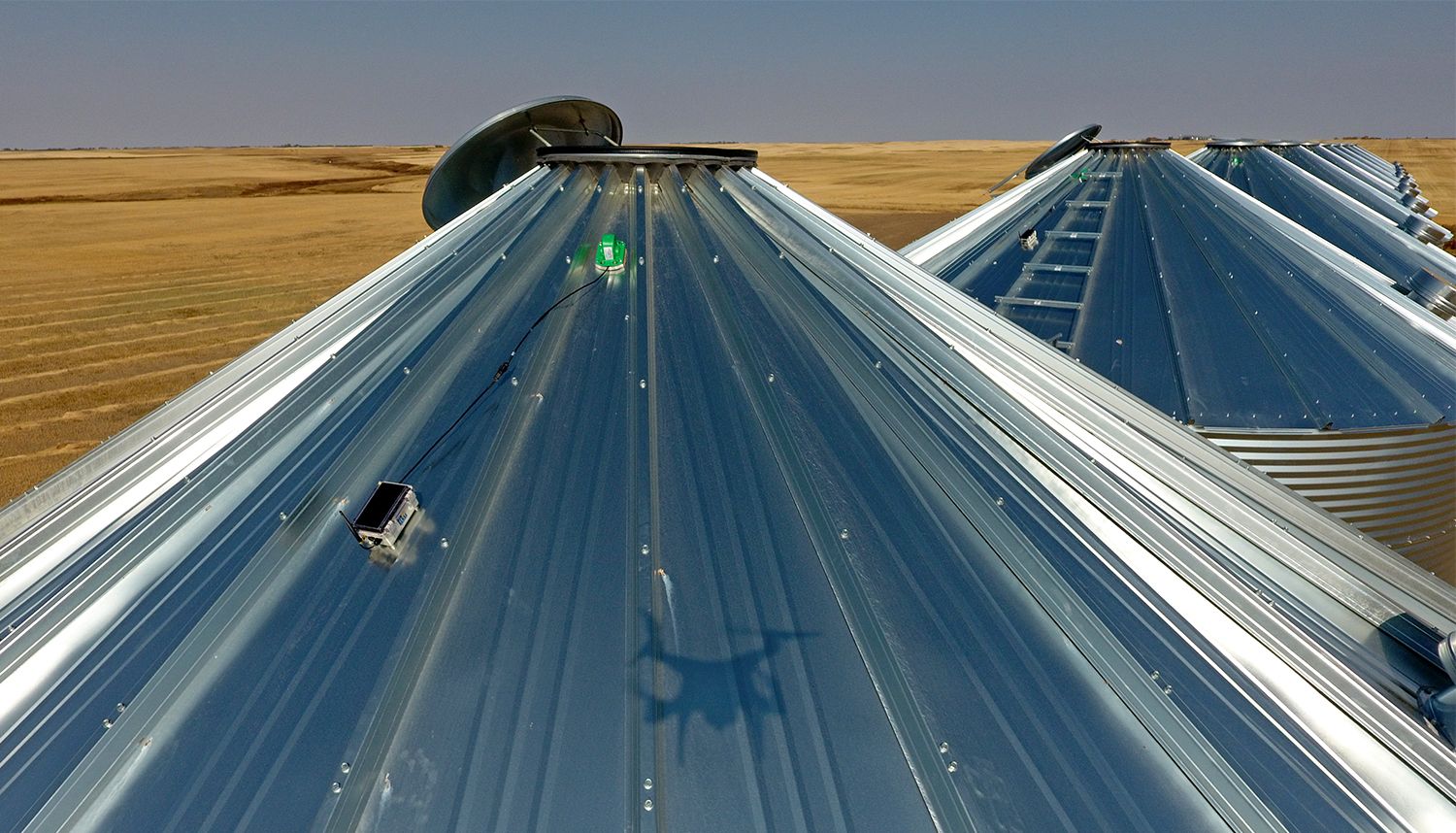 An example of Bin-Sense installed on a bin

“We were going on a two-week vacation to Florida with our extended family,” said Bergen. “On day 1 after landing, we got a chirp on our phone that a bin of canola that had increased in temperature. We decided to watch it for two or three days and could see a constant climb of 1 to 1.5 degrees every day. We phoned home and asked some friends to take a semi-load out of the bin. They took it to the elevator and we saved that bin of canola.”

Even though heat rose in the smallest of bins, the save justified the cost of monitoring the entire yard. “There are lots of misconceptions out there about spoilage and the size of bin,” said Bergen. “I look at grain monitoring as a solid return on investment,” noting that he paid upwards of $17,000 for the system. Saving 5,000 bu of canola, Bergen estimates Bin-Sense Live paid for itself twofold.

He doesn’t spend much time reconsidering the choice between Bin-Sense Live and systems where you check grain on foot. “You can hem and haw about the investment when you have the capability to check your bins manually, but you still have to make a point of doing it. We have 30 bins on the system so it’s more than a three-minute job. It’s a lot of plugging in and downloading. It’s nice to just bring everything up on your phone or your computer and read the colour-coded heatmaps. It’s quick to interpret and see what’s going on.”

So how to thank colleagues who have rescued valuable crops? Blake Bergen squared up, returning from Florida bearing gifts of fine imported bottles. Add the cost to the grain monitoring bill, and he still came out ahead.

Call your local Flaman dealership today to find out more about how Bin-Sense can make sense for your farm.