Flaman Group of Companies is proud to announce that we have been named #49 on Saskatchewan’s Top 100 Companies List for 2013.

This list is published annually in Saskatchewan Business Magazine and looks at a company’s overall sales. The final rankings were revealed at a gala on September 4 and the full list is available in the September magazine edition. Saskatchewan Business Magazine is home to the original and official Top 100 Companies List for Saskatchewan. First published in 1984, the list remains the barometer of Saskatchewan’s top performing businesses.
“The only reason we made the list is because of our customers,” said Don Flaman, president. “Thank you to all our customers for supporting us.”
The Top 100 List paints a positive picture for business in Saskatchewan. According to the magazine, revenues are up across the board and Saskatchewan is a “must be” destination for business, boasting major private firms along with the traditional co-ops or Crown corporations.
“Saskatchewan businesses have found their stride, a testament to the quality of owners and managers who have developed a unique skill set, learning to excel in a market best characterized by its sparse population and expansive landmass while roughly two thirds of its output is destined for a buyer outside our borders,” writes Paul Martin in the September issue of Saskatchewan Business Magazine.

“This annual listing is as much a celebration of the past – of those who built an environment that attracts players from all corners of the planet – as it is a tribute to the new players who are helping to broaden and deepen our entrepreneurial pool.” 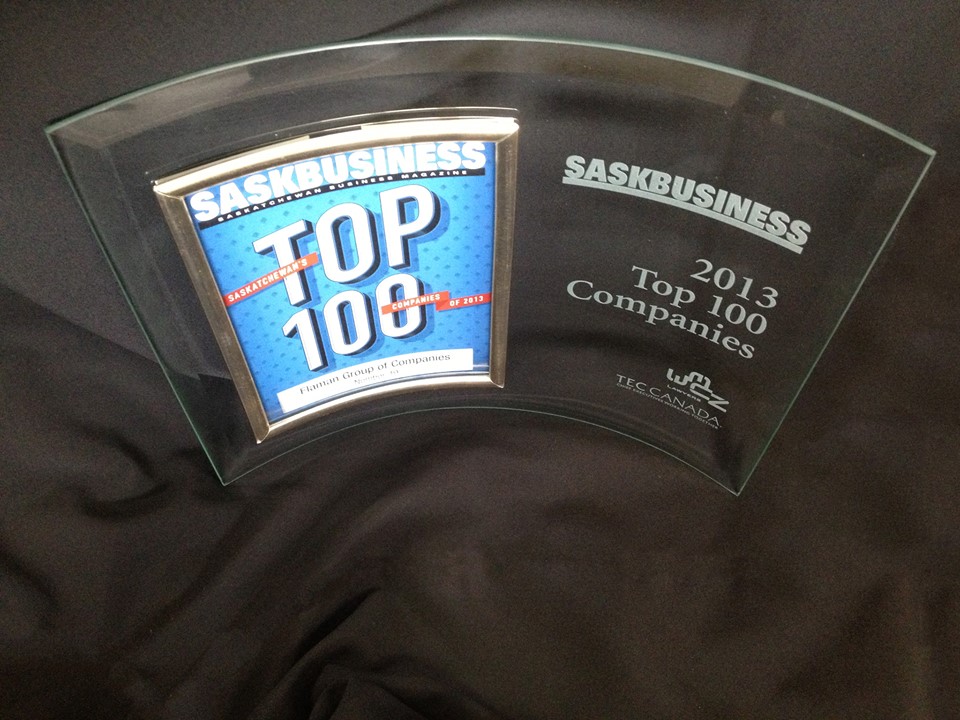